Immerse yourself in the history of the Arc de Triomphe with the virtual reality kiosks designed by Timescope! 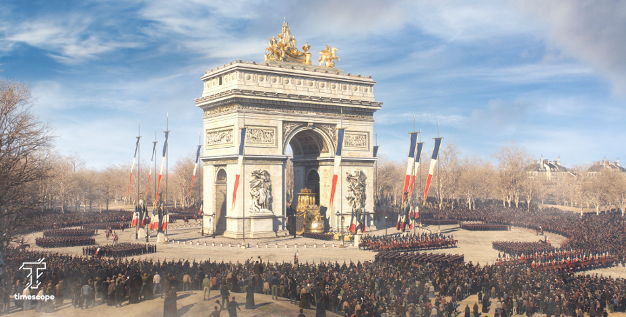 Relive the Return of Napoleon’s Ashes

The first 3D film takes you back to the morning of 15 December 1840. This was the day when Napoleon’s body returned to Paris in a monumental funeral carriage, watched by thousands of French citizens. 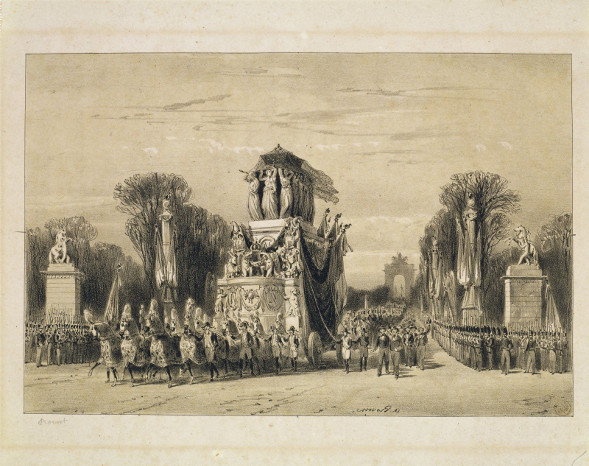 The Emperor had ordered the construction of the Arc de Triomphe in 1806. Exiled for good to St Helena in 1815, Napoleon would never see the monument completed. It was in a spirit of reconciliation between all French people that King Louis-Philippe decided, in 1840, to return the Emperor’s body on board the famous frigate Belle Poule. On 15 December, Napoleon’s body passed beneath the Arc de Triomphe in a moment of national unity.

Take your place on the Champs-Élysées, at the foot of the Arc de Triomphe, and follow Napoleon’s funeral carriage as it approaches the Invalides!

Immerse yourself once again in the 2018 World Cup

On 15 July 2018, France won the World Cup for the second time in its history in the final against Croatia. Timescope’s 360° cameras were there on top of the Arc de Triomphe to capture this moment of joy and public celebration, which brought thousands of French people out on to the Champs-Élysées and around the Arc de Triomphe. 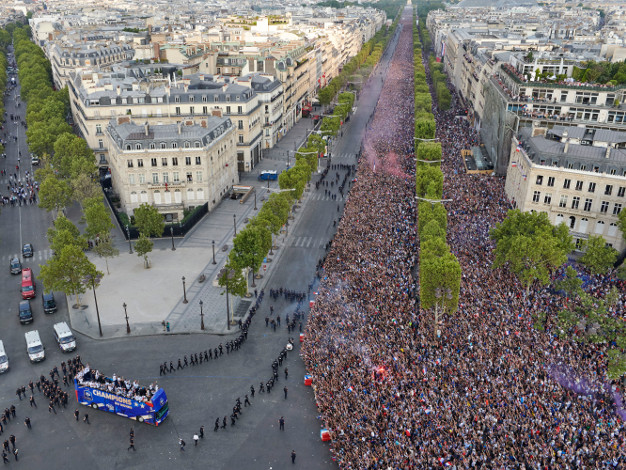 Relive the enthusiasm of the French, coming together on the world’s most beautiful avenue to celebrate this victory, through a groundbreaking device!

Visit Paris from the terrace of the Arc de Triomphe! The virtual reality kiosks offer you an augmented view of the capital, its monuments and its most famous quartiers. Enjoy this 360° panorama and admire the monuments and areas of your choice! 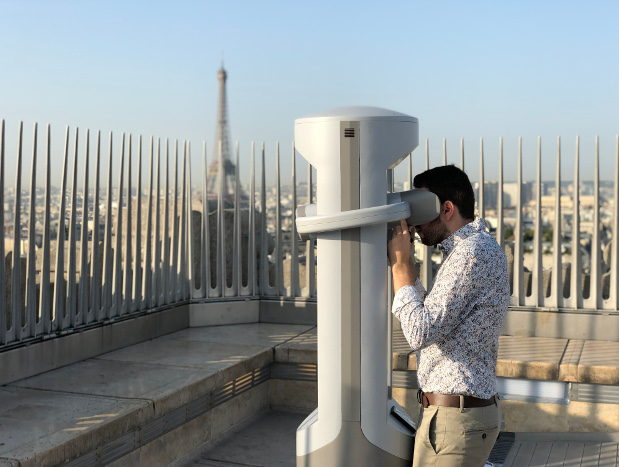 Start right now - Paris lies before you from the Arc de Triomphe!

The virtual reality kiosksare located on the terrace of the monument, and are equipped with contactless payment terminals.

Timescope developed this self-service immersive device in 2015. These virtual reality kiosks are located in French towns and monuments. From the Place de la Bastille to the Port of Le Havre, including the châteaux of the Loire, the Timescope virtual reality version extends the experience of a place through historical tableaux of a few minutes, with voice-over and 360° views.

By pursuing your navigation(browsing) on this site, you accept the use of cookies.